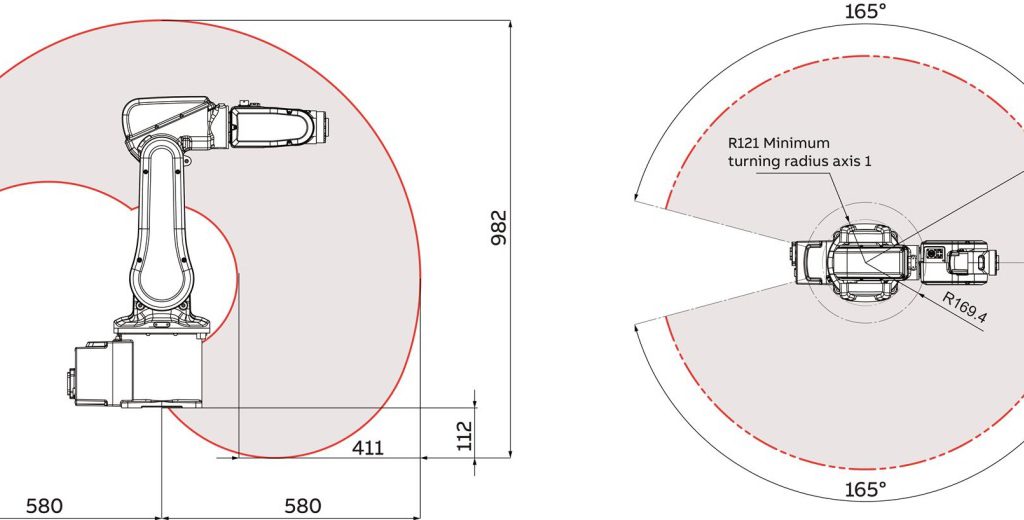 The Reasons and Benefits of Automated Packaging Systems

The UK has doubled its automation for packaging operations over the past couple of years. This concept is on the rise, and... Read more

Join the experts at SP Automation & Robotics for our two-day Automation Expo on Tuesday 25th and Wednesday 26th of... Read more

Pharmaceutical automation is and always will be high on the agenda with pharmaceutical manufacturing. As you are reading this, you... Read more

Flexible Automation - Robotics, Servos, Rotary, Linear or What's Next? Automation is increasingly becoming a consideration for many companies in... Read more

X-Y gantries are constructed using two parallel linear actuators coupled together with a drive shaft.  One of the actuators will be driven by a stepper or servo motor and the drive shaft will transmit the power across to the second one to synchronise the movement of the carriages.  The stepper/servo drive gives full programmability across this axis.

A third actuator will be mounted across these two parallel carriages and again will be driven by a stepper or servo motor to give positioning flexibility across this axis.

A fourth actuator (third axis) will then be installed on the carriage of the actuator described above.  If multiple positions are required on the z-axis, this actuator has to be a ball-screw or belt drive type – again driven by a servo/stepper motor.  Most pick and place applications have a fixed z-axis which means a pneumatic actuator can be used for the application.

The construction of a robot arm is somewhat simpler.  The arm is made up of a series of aluminium castings that have been assembled together with geared servo motors at each of the joints.  Each of these joints, which loosely mimic the joints of the human waist, shoulder, elbow and wrist are termed an axis.

The application and the number of axes specified on the robot will determine how many joints and how much freedom of movement it has.

For specifying either option, gantry or robot, a manufacturer will ask for a working envelope, payload information and cycle time speeds and movement paths (if they are important).

Manufacturers will then supply the robot arm and controller to suit the job. In the case of the gantry, a manufacturer will supply an assembled gantry or a kit of parts that can be assembled to the host machine.

One of the most important considerations when selecting either a gantry or a robot is the cost.

Gantries are usually the more cost effective option in terms of just purchasing the actual components.  The price of a gantry can mount up when you factor some extra design and manufacturing costs for a substantial mounting arrangement, or if you want to use non-standard motors and drives.  Even if this is the case, a gantry is still likely to be 30-40% less expensive than a similarly specified robot.

There are robot arms that are competitively priced with gantry systems but from what we have observed, they generally tend to be offered by new companies, who are trying to break into the market, and as such could be using price as an initial competitive advantage or offering arms that are possibly not as robust or reliable.

The more expensive robot manufacturers such as ABB, Staubli, Kawasaki, Kuka and Yaskawa have established pedigree, broad ranges of robust arms to choose from and reliable support.  When selecting a robot manufacturer, these attributes are all crucial and justify the extra costs.

With both a robot and a gantry the cost scales with the size of the working envelope, weight of the payload, number of axes and the speed – so in general if you need bigger and faster, be prepared to spend more money.

Gantries can be mechanically tricky to integrate but fairly simple from a software and control point of view.

A gantry may need full or partial assembly before it can be mounted on to its respective mount plate.  The mount plate needs to be designed to be strong enough to support the gantry but also to attenuate any vibration that comes from a fast moving pick and place.

Due to the rectangular envelope of the gantry – it requires a lot of space on the machine (relative the pick area), and careful placement of other mechanisms or stations in the surrounding area.

As discussed, motors can be replaced to ones of your choosing and most PLC manufacturers have standard motion function blocks for programming gantries.  Alternatively, the standard motors can be used and pre-programmed positions can be entered in data registries in the stock controller.  A series of digital signals or bus commands from a host PLC can tell the gantry which positions to go to and how to sequence.

Robots are the opposite of gantries in that they are easier to integrate mechanically, but more of a challenge from a software and control perspective.

Mechanically, a robot generally just requires a pattern of holes drilled and tapped on to a surface to allow them to be mounted.  Little to no assembly is required and as long as they are in the correct position for their reach “bubble”, and the end of arm tooling is designed correctly – they usually do not present any problem.

The reach “bubble” is a graphical representation of the working space of a robot.  On four (non-SCARA or delta) and six-axis arms, this bubble is a sphere centred on the base axis.

Robots don’t really have an option to swap out the motors for ones you know how to program easily.  If the motors were theoretically swapped it would then be up to you to develop the software building blocks to interpolate all of the motors to create the desired motion paths.

The easiest way to integrate them is to train on the relevant platform and use the native motors and software language.  Robot controllers can communicate to a host PLC via digital signals or a bus system; with the robots movement commands being stored in the controller (very similar to a gantry with stock drives).  Where the added complexity comes from is that a gantry can take co-ordinates only.  Due to the limited number of axes and working envelope, the path can just be optimised mathematically for the quickest path.  With a robot, it has unlimited possibilities it can move within the reach bubble and therefore more in-depth programming is required.

The axes on gantries are made up of three main parts, the actuator, the gearbox or drive coupling and the motor.  Two of those three, the gearbox and the motor, are very reliable and are unlikely to need much more than routine maintenance. 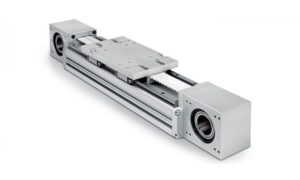 The actuators are the main causes of maintenance problems on gantries.  An actuator can come in two main types, a belt-driven actuator or a screw-driven one.  Belts can stretch or snap and when that happens there is no choice but to shut the machine down to replace the axis.  Screws and nuts can wear and increase backlash or play in the gantry which can cause pick and place accuracy problems.  The play will get to a point where again there will be no choice but shut the machine down and replace the actuators.

Some gantries such as those used on specialist surface mount machines have non-contact linear servo motors to traverse the carriages.  The speeds and accuracies these gantries offer are normally way in excess of the demands of assembly or testing automation.

Some robot arms (SCARA) have two drive belts and a screw-driven z-axis, so they can suffer the same issues as gantries but to a lesser extent.

Four and six-axis arms don’t have any belts or screws to maintain, and as a result of the mechanics of these generally last much longer before needing to be replaced.  As explained previously, each of the joints consists of a geared servo motor which is of robust design, to begin with, but the arm itself will usually operate less frequently  (more axes means more mass, slower movement and as a result fewer cycles per minute).

There are no hard and fast rules when it comes to selecting between a robot and a gantry, it is very much application and budget dependent but here are some suggestions:

Read more about our automation here…

The Reasons and Benefits of Automated Packaging Systems

The UK has doubled its automation for packaging operations over the past couple of years. This concept is on the rise, and... Read more

Join the experts at SP Automation & Robotics for our two-day Automation Expo on Tuesday 25th and Wednesday 26th of... Read more

Pharmaceutical automation is and always will be high on the agenda with pharmaceutical manufacturing. As you are reading this, you... Read more

Flexible Automation - Robotics, Servos, Rotary, Linear or What's Next? Automation is increasingly becoming a consideration for many companies in... Read more