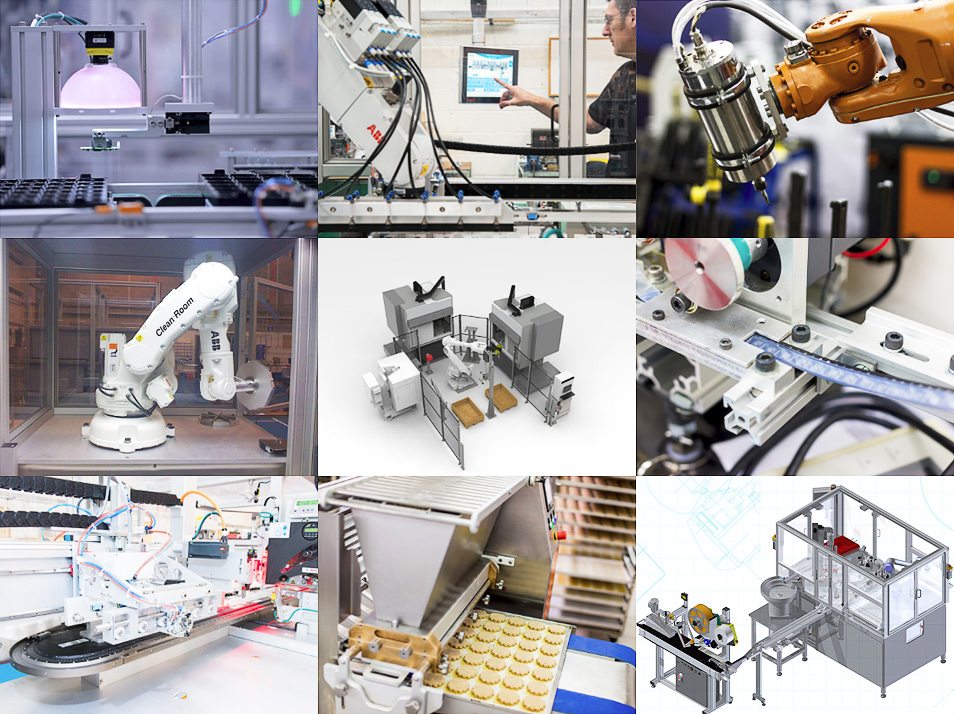 SP Elements One Year On   Since 2020, SP Elements has been the sole Scottish distributor of Universal Robots collaborative... Read more

SP Automation & Robotics is an ABB value provider what does this mean?

SP Automation & Robotics is an ABB value provider but what does this mean?   The ABB Value Provider Program is... Read more

What benefits are there to Financing your Robot with Universal Robots?

RECEIVE YOUR COBOT IN 2 WEEKS AND START AUTOMATING YOUR PROCESSES So, What benefits are there to financing your robot with... Read more

As indicated in the name, automation refers to something automatically occurring. Within manufacturing, process and production automation occurs with the use of robots and control systems, amongst other things that reduce direct human involvement. So what is the cost of industrial automation?

In fact, 85% of jobs that will exist in 2030 have yet to be invented. Industrial automation can be traced back to 1947, with the early use of basic pneumatic and hydraulic systems, great advances have since transformed how automation works.

Although automating production processes can be extremely cost effective, the initial capital investment with the cost of industrial automation can be significant and the return on investment might not be as quick as hoped. This tends to make smaller firms reluctant, meaning they lag behind, but there are government initiatives and help out there for the industry.

Systems do not have to be fully automated and incremental automation and innovations can be implemented over time to reduce the costs long term. There has been an acceleration in the growth of fully automated production facilities as cheaper, more capable and flexible technologies emerge overseas.

At one factory in Japan, industrial robots are producing industrial robots, under supervision of only four operators per shift. Again, removing human involvement by allowing them to upskill to less repetitive and dangerous roles. Also in turn improving quality, eliminating errors and cutting manufacturing costs.

Although many companies hire hundreds of production workers for up to three shifts to run the plant for the maximum number of hours, the plant still needs to be closed for maintenance and holidays. Industrial automation fulfills the aim of the company by allowing the company to run a manufacturing plant for 24 hours a day 7 days a week and 365 days a year. This leads to a significant improvement in the productivity of the company.

Automation alleviates the error associated with a human being. Further, unlike human beings, robots do not involve any fatigue, which results in products with uniform quality manufactured at different times.

Adding a new task in the assembly line requires training with a human operator, however, robots can be programmed to do any task. This makes the manufacturing process more flexible.

Adding automated data collection, can allow you to collect key production information, improve data accuracy, and reduce your data collection costs.  This provides you with the facts to make the right decisions when it comes to reducing waste and improving your processes.

The initial investment associated with making the switch from a human production line to an automatic production line is very high. Also, substantial costs are involved in training employees to handle this new sophisticated equipment.

The International Federation of Robotics (IFR) estimated that 2.3 million units of automation technology will be deployed this year compared to only 1 million units in 2009. As more and more robots are produced, the cost of industrial automation and these robot arms have gone down significantly.

There has also been an ease of integration which has been brought about by the advancements in computing and software development. As machine learning improves and sensors develop further, this is allowing robots to become smarter. Where early robots blindly followed the same path, lasers and vision systems can now be used to detect the orientation of parts and adapt their movements in real time.

Robots and humans can now work safely alongside one another. These collaborative robots (cobots) are equipped with sensors. These sensors allow them to automatically stop or alter its path if they come into contact with humans.

Assessing the full costs of automating production is not a simple task as every industry has its own unique operational requirement set of and raw materials so it is not a case of “X costs less than Y, therefore X is better”. There are so many different types of robots and so many more different types of automation system all which would suit their own automated manufacturing process. Things such as payload, environment, material and flexibility all have to be taken into account. As well as the operational costs, downtime, operator training and a long term strategic plan need to be set out.

Many organisations believe a two year payback period on the cost of industrial automation is the maximum. Any longer than this then they believe they cannot do the project. This is based on a traditional means of calculating the ROI, based on direct labour savings and short term benefits. Ron Potter, Director of Robotics Technology for Factory Automation Systems, a  45 year veteran of the automation industry stresses that “Justification of ROI should be a STRATEGIC decision made by informed management that balances the short term goal of SURVIVAL with the longer term goal of GROWTH to posture a company for competitive advantage. It should not be relegated to an accounting function without foresight of long term strategy.”

Below is an example of a typical ROI cash flow analysis to give an idea of investing in a basic robotic arm.

Many companies base payback periods over two years but this short term thought process can stifle growth. If this is stretched to an additional year, instead of having £200k (2x£100k) from the above figures, this could be increased to £300k. This could potentially provide a system that will future proof your business in terms of growth. The automation will still be running in 15 years. Providing higher quality and higher output, so businesses really do need to look long term for the duration of payback.

Generally, in the cases that we see, the ROI when looking to automate manufacturing processes outweighs the reasons to not invest. The overall value of automation is to decrease costs and increase revenue. This is done by increasing the throughput, improving the quality, increasing repeatability and reducing the labour related costs. Your customers want it faster, better and cheaper. Your competitors are closing in and the stakes are getting higher for sustained profitability. The robots spending is booming. The cost of industrial automation are coming down. Also as robots are getting smarter long term investment in industrial automation must seriously be considered.

Read more about our automation here…

SP Elements One Year On   Since 2020, SP Elements has been the sole Scottish distributor of Universal Robots collaborative... Read more

SP Automation & Robotics is an ABB value provider what does this mean?

SP Automation & Robotics is an ABB value provider but what does this mean?   The ABB Value Provider Program is... Read more

What benefits are there to Financing your Robot with Universal Robots?

RECEIVE YOUR COBOT IN 2 WEEKS AND START AUTOMATING YOUR PROCESSES So, What benefits are there to financing your robot with... Read more