To increase manufacturing output, improve the quality of the final product along with helping to remove manual and receptive tasks, SP Automation and Robotics were commissioned to design and build an automated short bread handling and cutting system for a well-known manufacturer of shortbread. 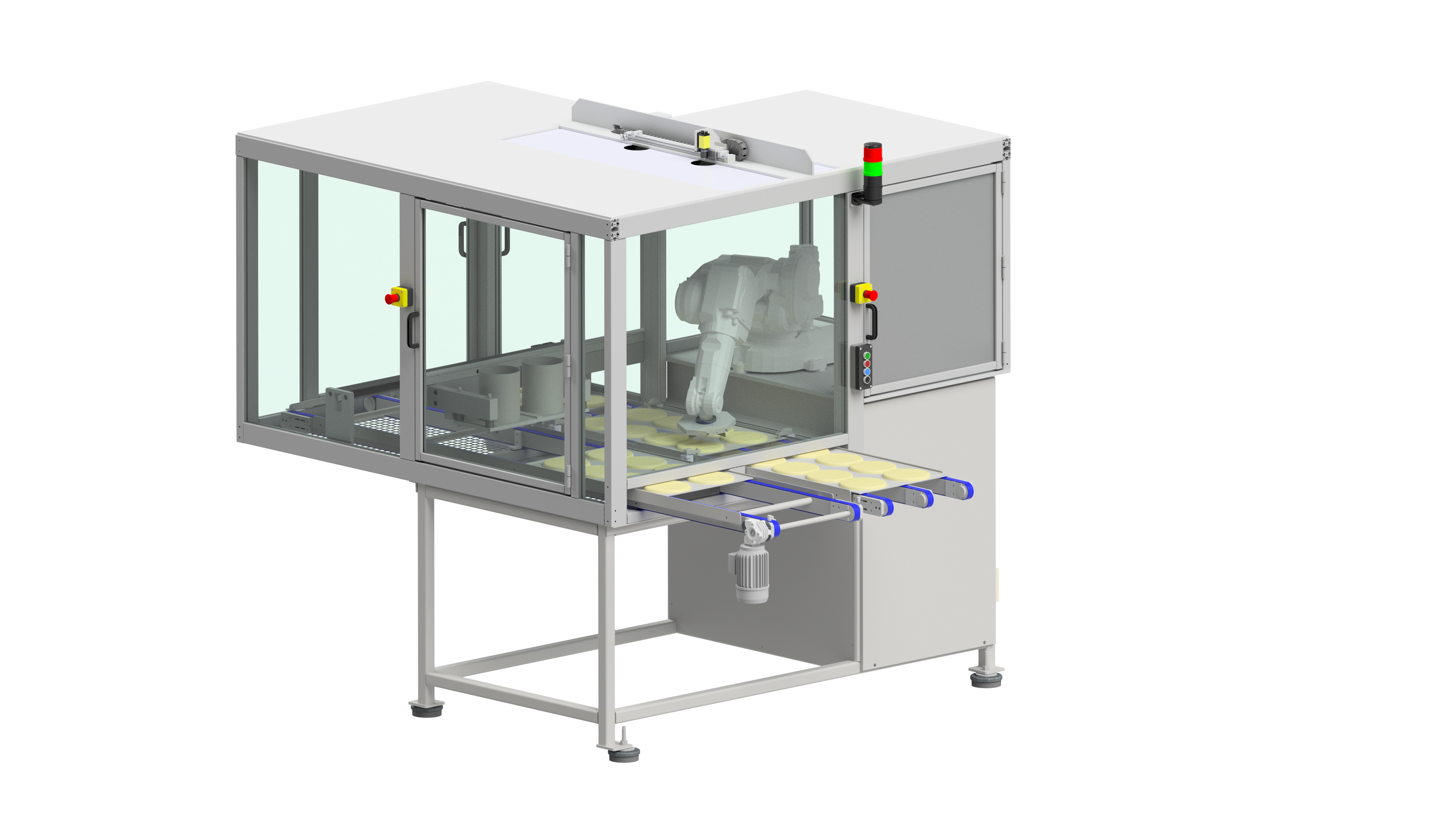 The client required a system to handle trays of shortbread rounds utilising existing trays that were used in the “traditional” production process. There were challenges to overcome in terms of the environment and materials being handled. 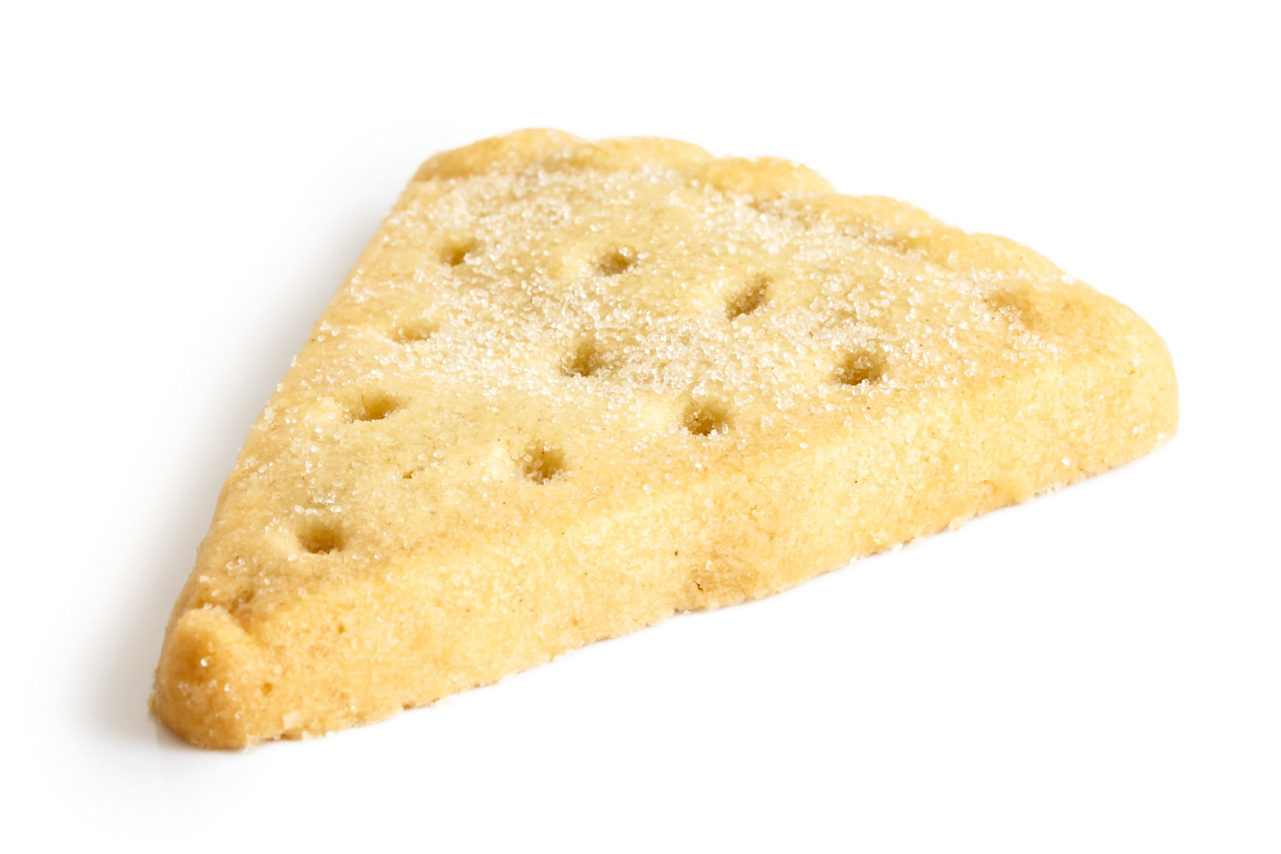 After development work, a conveyor design was established to guide the worked trays populated with eight shortbread rounds. The trays were then conveyed to a location where they were clamped to “flatten” the tray. From above, a camera system was used to identify the position of the shortbread rounds on the tray.

A 6-axis ABB fully articulated robot, fitted with a specially designed bespoke cutting tool, was then used to cut the rounds into “petticoat Tails”. The robot allowed for force feedback to ensure the correct cutting depths were achieved. The positional feedback from the camera then provided the robot with co-ordinates to allow it to cut the remaining shortbread rounds.

On completion of the cutting, the trays were then unclamped, then conveyed and transferred to a return conveyor where the product passed under a sugar sifter prior to the operator removing the processed tray and returning it to a rack.