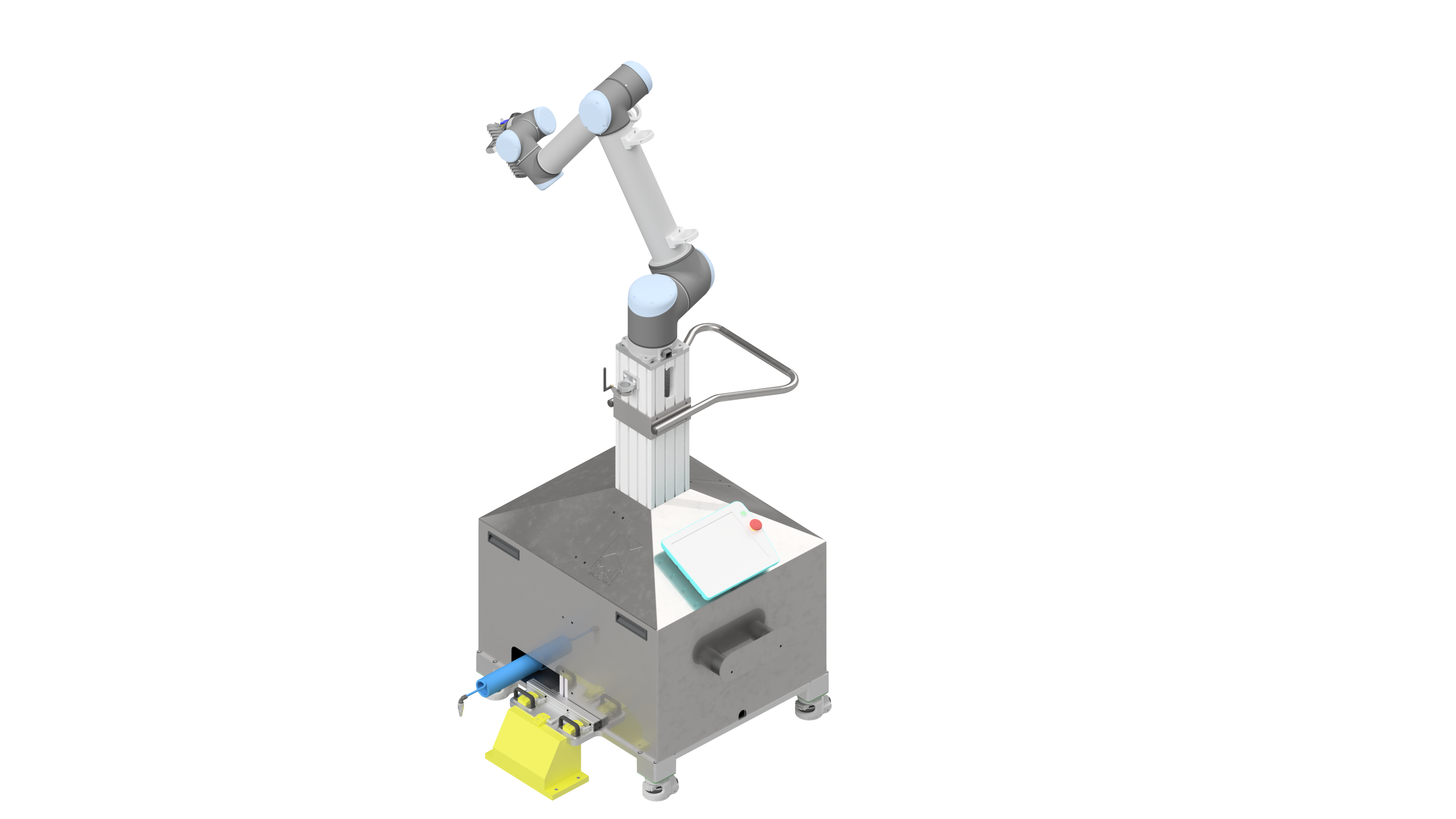 Automation systems are often viewed as large static units that are used in production and process facilities; however this is not always the case. Automation can just as easily be transferable between different areas of a company.

Our client required a robotic unloading system, but with the ability to move it between different work stations within their facilities. 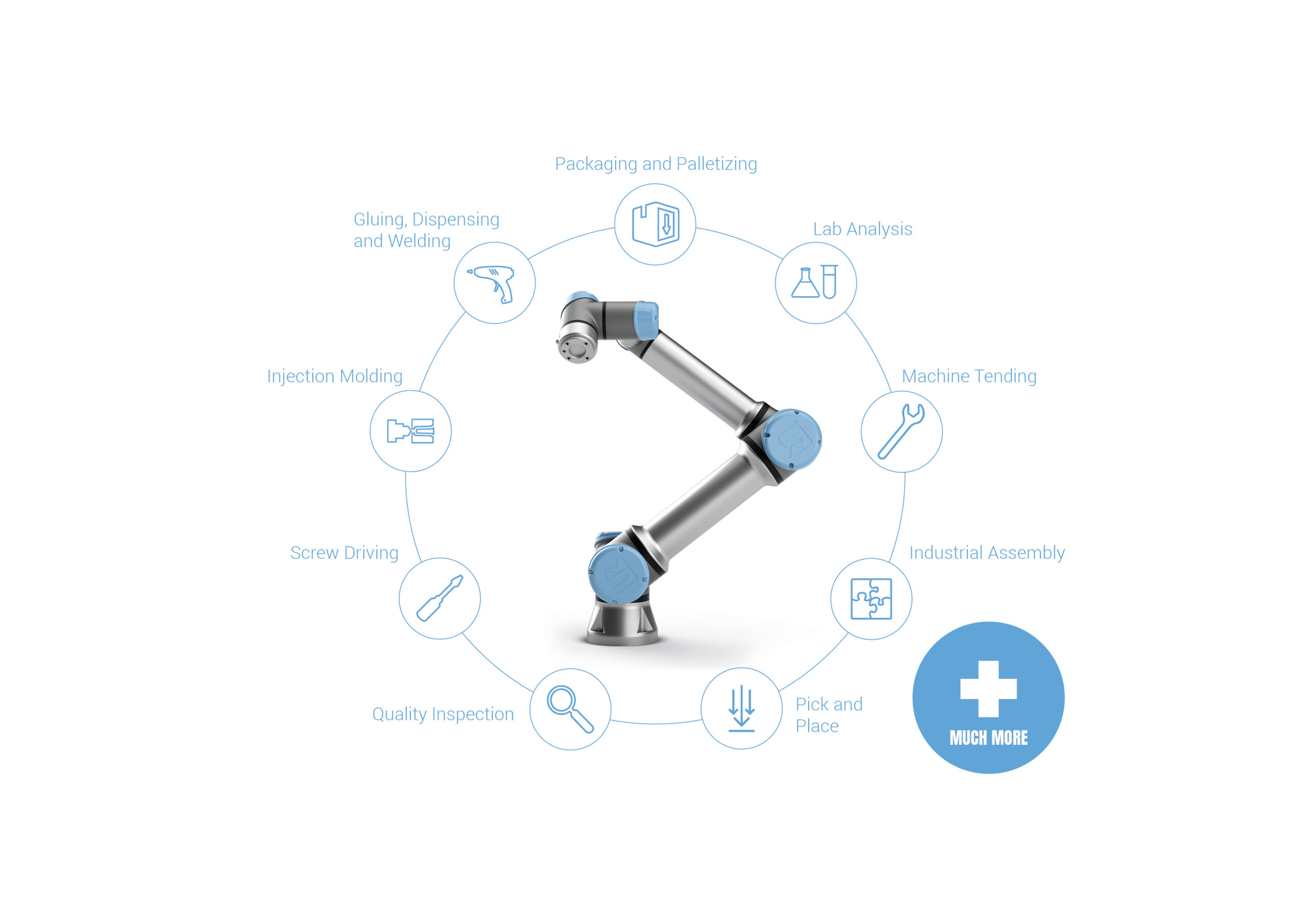 Automotive related industries are at the forefront of automation and on this occasion the system was required to interface with existing equipment as well as having the ability to be moved between work stations.  A further objective was to design a system which could adapt to using current configurations as well as future changes .The client also required a system that can be easily configured by personnel with limited machine or robot programming knowledge.

A Division of SP Automation & Robotics, called SP-Elements specialises in the use of Universal Robots. These robot arms are easily programmed even by personnel with no previous robotic or coding experience which fitted in ideally with the clients requirements.

The system was designed to interface with a moulding machine. An existing robot was used to unload moulded components and place them onto an output conveyor. At the ends of the conveyor, a sensor detected the component and sent a signal to the unload robot. Using a specially developed vision system, the robot then inspected the component.

On completion, the specially designed robot end effect tooling then picked up the product. Depending on the results from the inspection, the component was either dropped into a reject bin, or loaded into a client supplied rack.   The system was designed to interface with an existing moulding machine, using its current configurations. The robot and control system were mounted on a framework and castors to allow them to be portable for moving between work stations.