The UR5 Makes all Employees Robot Experts

When Nordic Sugar went looking for a new generation of robots to automate the analysis of raw material samples, the most important criteria were flexibility, user-friendliness, and a reasonable price tag. The UR5 met every criterion and has enabled the employees to easily make process adjustments themselves instead of consulting robot experts. 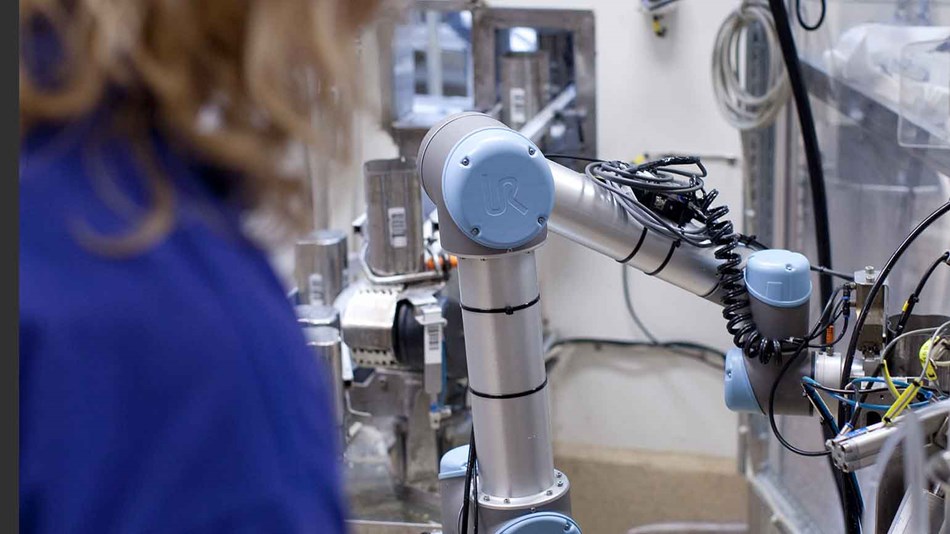 Nordic Sugar is one of the largest sugar factories in Europe. During the production season the testing department analyses a total of 80,000 sugar beet samples. The monotonous task of weighing in the containers with pureed beet had been performed by robots since 1993, but the technological advances within robotic arms meant that it was time to replace the old ones.

“I wanted a robot that my employees could program for other tasks and place in production by themselves. With our previous robot, we needed to call expensive specialists each time we wanted to make a change. That became too costly”, says Bo Berghdahl, Production and Analysis Manager at Nordic Sugar.

Following a Universal Robot showcase of the UR5 at a trade fair, Nordic Sugar decided to test the small robotic arm in the sugar analysis process. Today, three UR5’s are in operation.

The UR5 robots scan barcodes and pick up containers with sugar for analysis from scales to filters and back again. The process is performed by a pneumatic gripper and a barcode scanner integrated in the robot’s end-of-arm tool. As the robots require no safety guarding employees can work right alongside them – and no longer have to call expensive experts when they need to change a robot’s task.

“Today, if we need to reposition the robot or change its speed, we can do it ourselves”, says Bo Bergdahl who is also satisfied with the payback time of the UR5. “In our case, the UR5 replaced another robot, but if I had to use manual labour, the robot would have paid for itself in four months. Now we can invest in new robots instead of buying spare parts for the old ones”.