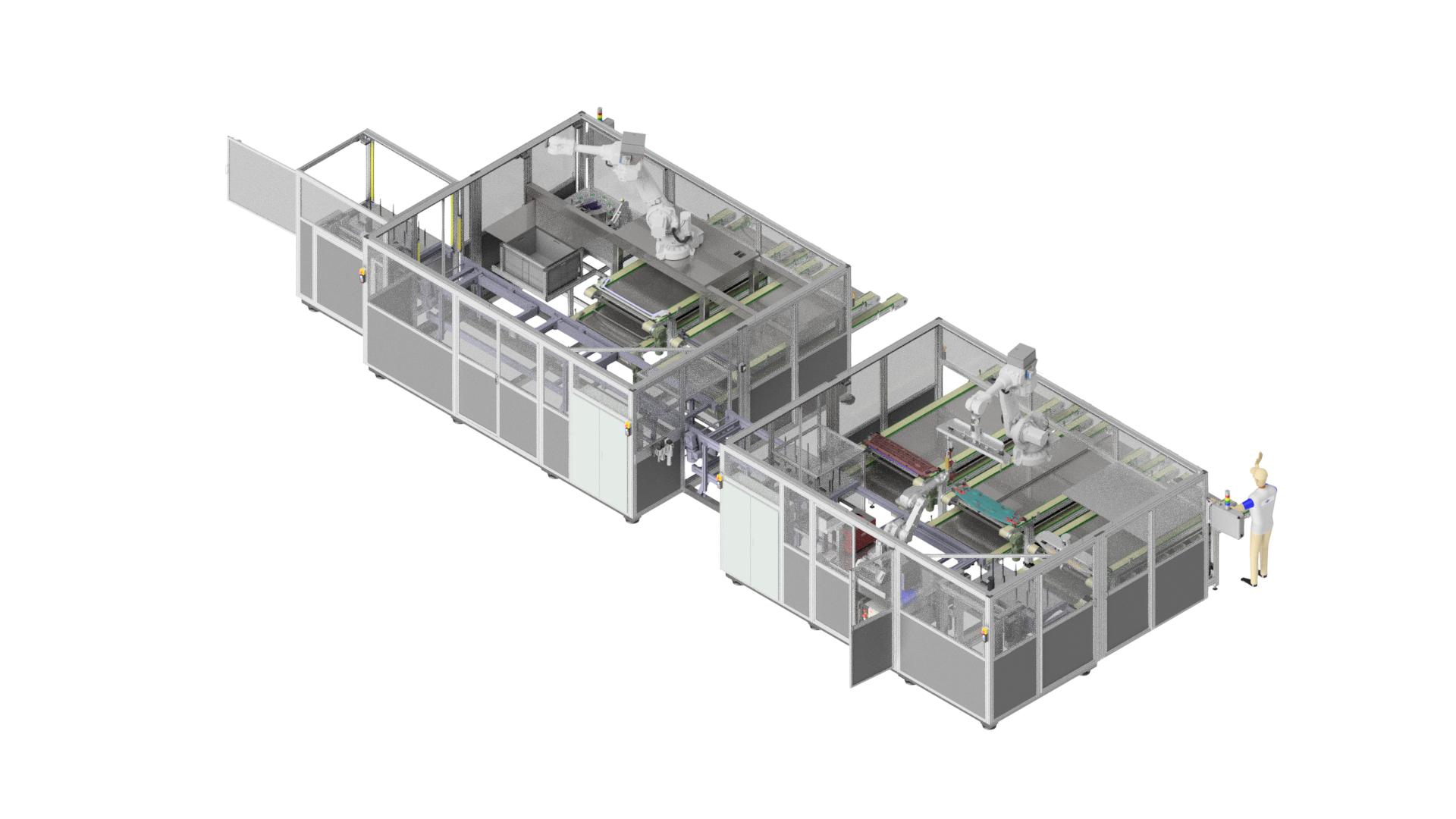 A client in the automotive industry required a system that would fully assemble a large plastic multi part assembly system. The system was required to carry out screwing, push and clipping of parts along with the application of decorative decals. The final product required careful handling due to its high gloss finish.

To design and manufacture a complete assembly system that would assemble a multipart automotive assembly. The final solution was to cater for various types of processing from clipping assembly, screwing, taping along with the application of decorative decals.

Due to the flexing nature of many of the components, careful consideration had to be taken for the component in feeds. This was to ensure the parts could be presented into the machine in a uniform and consistent manner.

The client also required the final assembly to be laser marked to allow for complete traceability. 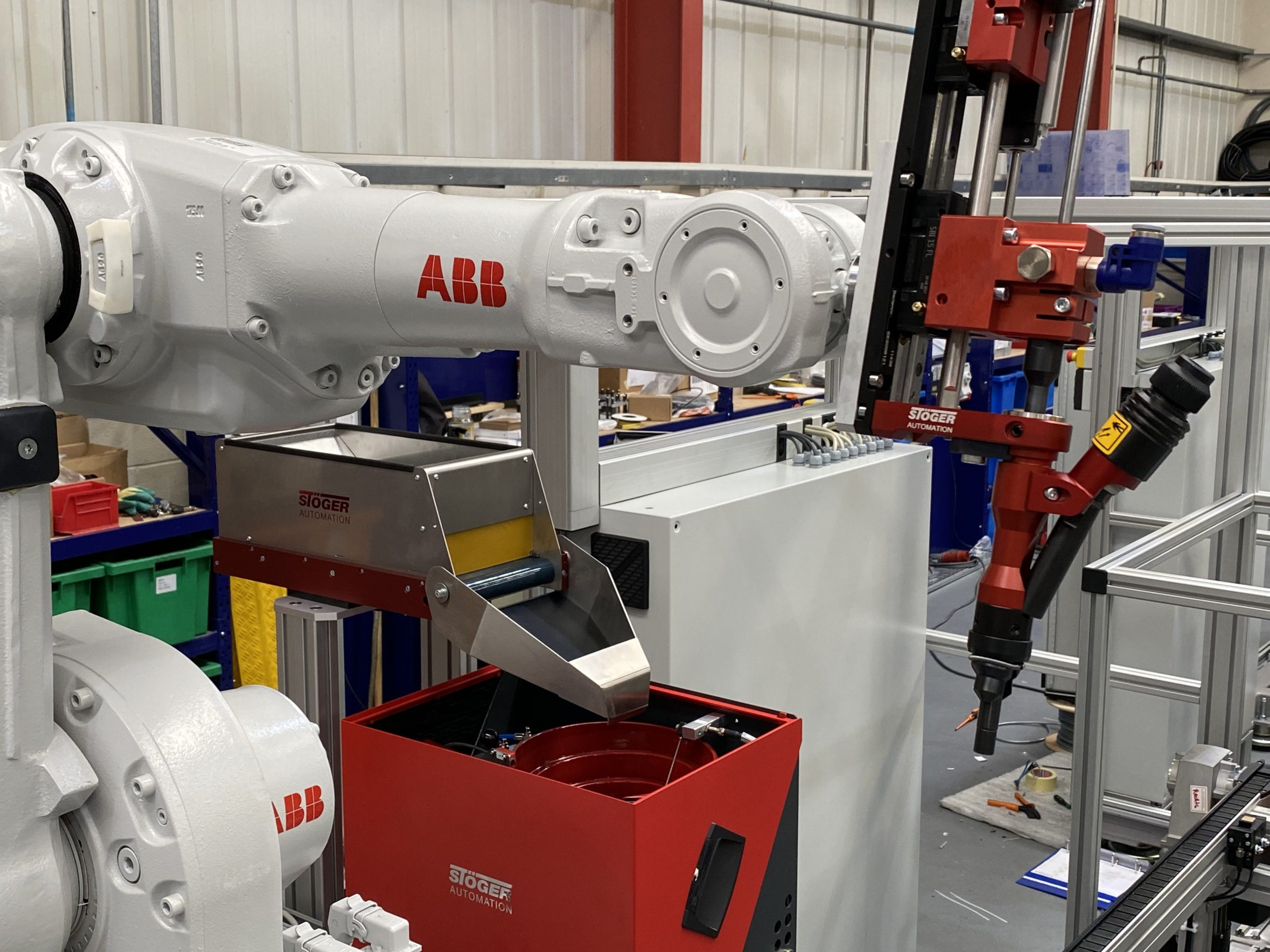 At over 16m long, the final solutions was based around a pallet transfer system. Each pallet was tooled with multi locations to ensure the assembly being processed was suitably supported for loading and assembly sequences.

Infeed conveyors with tooled carriers were used to transfer the components into the assembly cells. Once the assembly had been completed, it was removed from the system, and stored in specially designed stillages.

Along the length of the machine, three ABB multi axis robots were used to carry out multiple operations. These included loading components on to the pallet carriers, assembly of the product, screwing of the assembly and also operations involving the removal of tape.

Dedicated modules were also including to allow for the accurate positions of decorative and brand decals.

Final and completed assemblies were also laser marked at the end of the process.